I made a day trip to the Mallee in mid-February , taking  advantage of the  weather  forecast promising overcast conditions. I stayed on familiar territory by  travelling along the Mallee Highway. It was an opportunistic  scoping trip. I  needed to reconnect with the project after being in Tasmania, to explore the towns along the Mallee Highway, to reconnect with people in Murrayville,  and to assess whether I needed to camp  for several days  to do the large format photography that I had in mind.

One town that I drove around was  Parilla in  the southern Mallee of South Australia.   This town or hamlet  is between Lameroo and  Pinnaroo, and  it is not  that far from the South Australian/Victorian border. The farmers in this region of the Mallee  grow potatoes and onions using the underground water.  There is no water pipeline from the River Murray  near Tailem Bend in this region  of the Mallee as there is in the Wimmera. 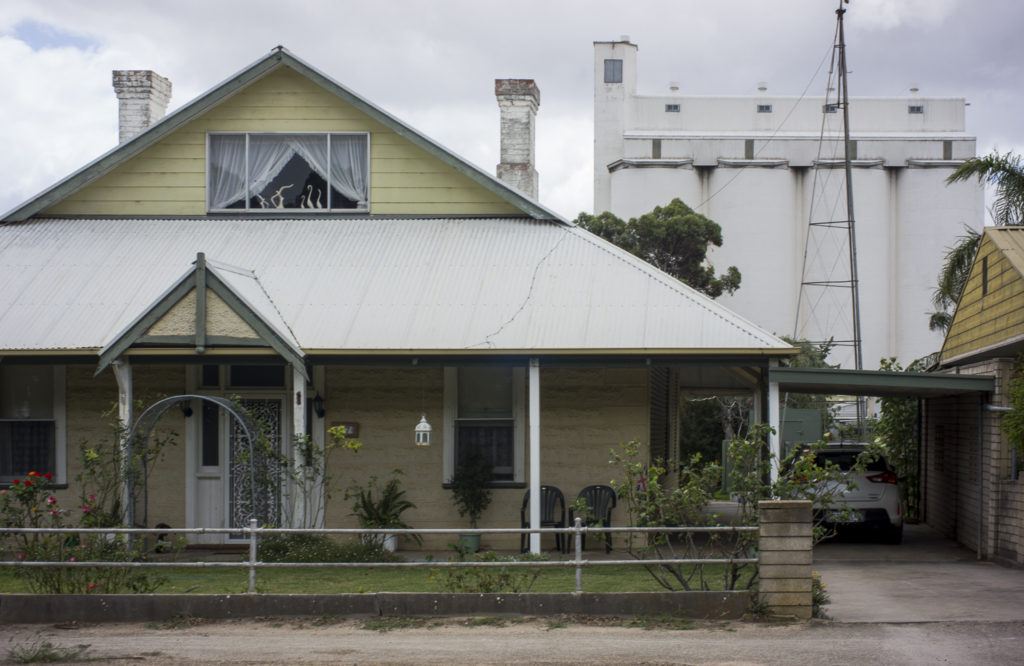 The  grain in the Viterra  bulk grain silos adjacent to the railway line  are  now transported out by truck as the branch railway line into  this part of the  Murray  Mallee has been closed. The Canadian based Viterra owns and operates 95% of the grain handling and storage facilities is South Australia after taking over ABB Grain in 2009.  Viterra, in turn,  was  taken over by Glencore,   a large  commodities trading company (zinc, copper, grain, coal etc), in  2012.   The global market  has come to the Mallee.

I made very photos the roadtrip. 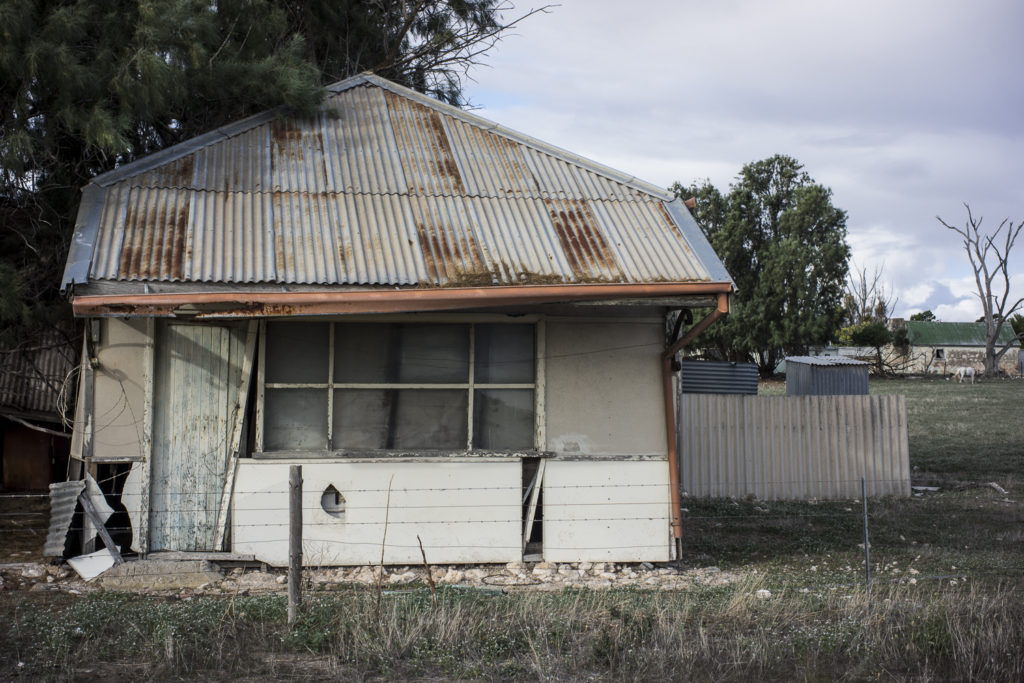 Apart from setting up a photography shoot in Murrayville most of my time was spent travelling on the road in the car back and forth along Mallee Highway. I was mostly lining up possibilities for a documentary  style   photoshoot in early autumn,  as well as  confirming that Murrayville would be my base camp for this autumn photo trip.

Whilst I was hanging out in Murrayville, waiting for the clouds to reappear, I started reading through Photo Files: an Australian photography reader, that was  edited by Blair French. This is a selection of essays from Photofile, the journal published by the Sydney orientated  Australian Centre for Photography from 1983.The  photography reader was published in 1999 with the core  of the text being the photography  in  the late 1980s and 1990s. How might the essays in the reader help to  inform  my  photographing the ordinariness of  the Mallee and its past?

The essay by Scott McQuire  on documentary photography  is in relation to indigenous photographers, such as Mervyn Bishop, Brenda L. Croft, Ricky Maynard, Lorrie Graham, and  Sandy Edwards. The essay is primarily concerned with the ambivalence associated with the crisis of photographic reference.  McQuire argues that “the split between the transparency of representation officially espoused by the mass meadia and the rejection of ‘realism’, which has dominated critical discourse around photography for at least a decade, has become increasingly parlayzing. ”

The ambivalence is  between the transparency of representation and the camera’s irreducible perspectivism and McQuire says that engaging with ambivalence is vital to addressing the shifting stuff of photography in the present.  He explores this engaging  through a post colonial art photography that contests the dominant media images to include indigenous people into the narrative of modernity.