I noticed  this silo  when I was driving from Lameroo to Karoonda  on my way back to Victor Harbor after the silo photoshoot at Lameroo.  It was  near  a little hamlet or settlement called Kulkami in the southern Mallee.  There was no railway line near the silo. It was late in the afternoon  and the burst of sunlight had gone by the time that I’d  walked around the fenced  area to find  the right position or perspective  to photograph the silo: 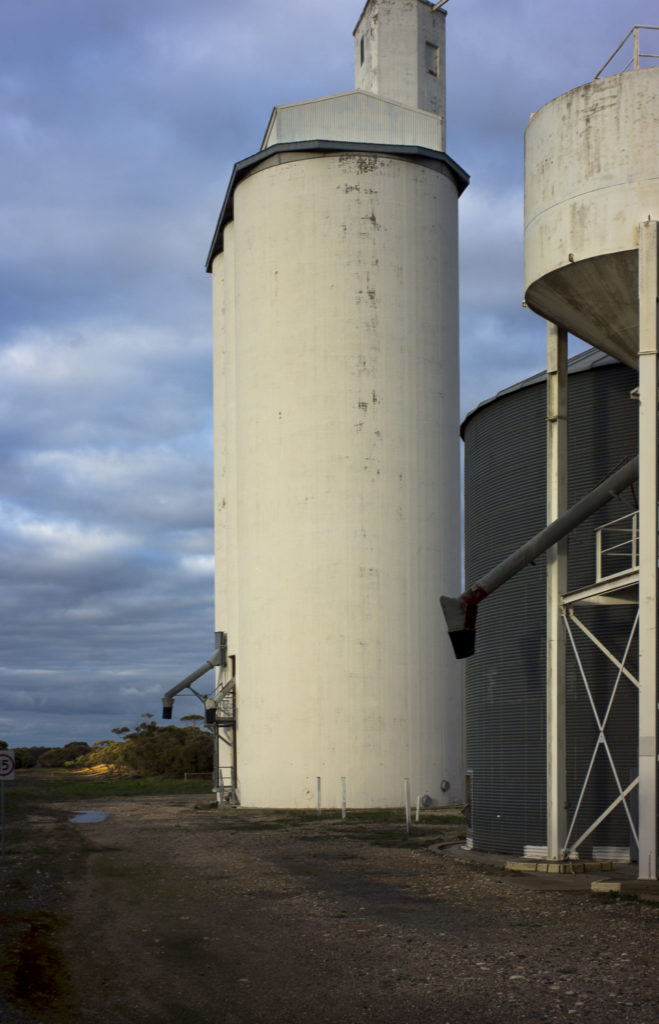 The silos   dominate the landscape and  they embody the hopes, dreams and memories of the people who settled The Mallee and endeavoured to make it their home.   In the wheatlands, the heartland of rural decline, memory illuminates the social significance, rather than the agricultural or commercial viability, of the farming landscape. Historical memory is located in those places most closely associated with social interaction and a sense of community.  The locus of memory lies more readily in place than in time, in locale than in epoch. Landscape seems the seat of collective memory, rooted as it is in specific sites such as the community hall. 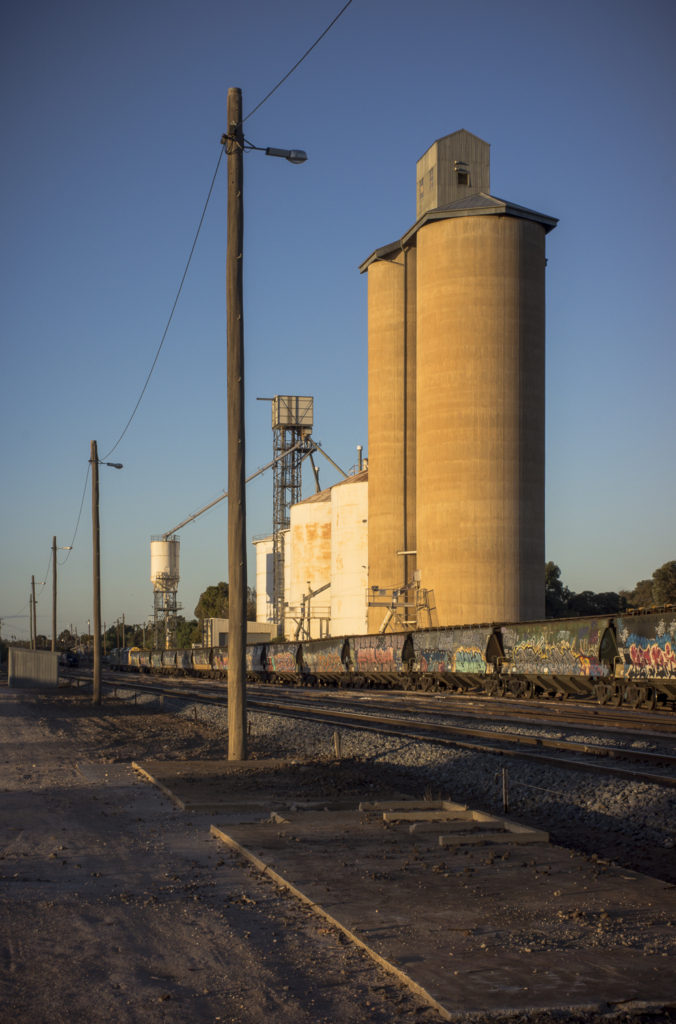 The importance of memory  provides a way to  move the project beyond  showing photos on the wall in the traditional art galleries  by positioning  this collaborative project within the <a href=”http://www.culturemachine.net/index synthroid medication.php/cm/issue/view/23″>digital humanities. The project is a  part of digital media technology and  it takes place in a computational age,   where technology enables access to the databanks of human knowledge (eg., Trove) from anywhere, disregarding and bypassing the traditional gatekeepers of knowledge in the state, the universities and the market.The project  is  a digital work in so far as it is a  web based artefact — a  website  with a blog   and  an e-book at the end of the project.

The Mallee Routes project  would  question the standard assumption implicit in much traditional humanities research, e.g. close reading, canon formation, periodization, liberal humanism, and literature (rather than  culture or philosophy) being the central  Humanities discipline in the university. For instance, as a  collaborative project Mallee Routes breaks with the traditional idea of singular authorship—eg., the   stable,  individualised, proprietorial, liberal humanist author who claims the legal right to be identified as their authors, and to claim these texts as their property.