I ‘ve been  in the process of reworking the  little speech that I gave at the opening exhibition of Mallee Routes at  the Atkins Photo Lab in Adelaide in late 2016. It has been posted on the text  tab on the website.  The speech, which was designed to link photography to the Humanities,  was based around a quote by  G.W.F. Hegel on philosophy that is towards the end of the  Preface to his Philosophy of Right (published in 1821). This is the quote:

“When philosophy paints its grey in grey, then has a form of life grown old. Philosophy cannot rejuvenate it, but only understand it. The owl of Minerva begins its flight only with the coming of the dusk.”

In  the speech I suggested  that if we replace the word philosophy with photography,  then we could  see some affinities between  Hegel’s text and the photography in the Mallee Routes project. The affinities include: the monochrome painting of grey in grey; the Mallee as a form of life grown old; photography cannot rejuvenate this form of life only understand it;  photography takes place at the coming off dusk.

The speech then unpacked what this could mean for photographing the Mallee project through interpreting (or a making sense of) Hegel’s quote. 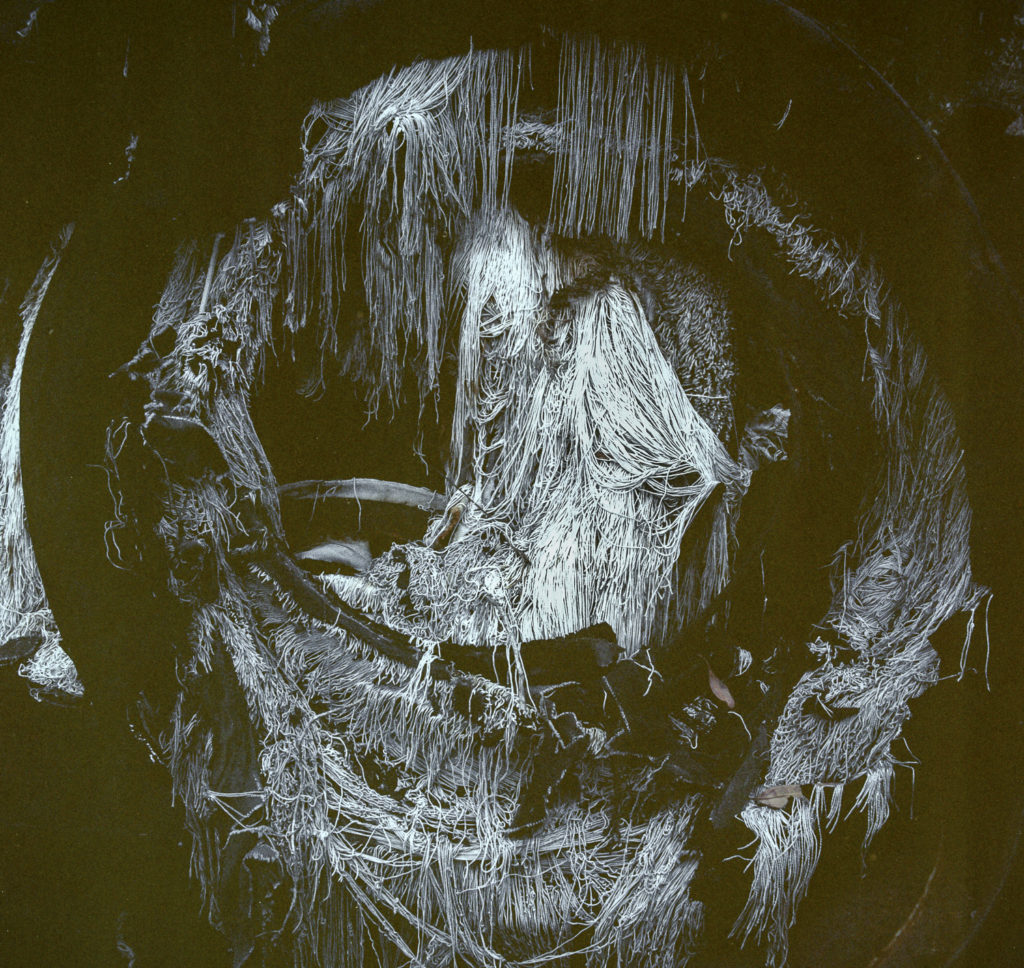 What I wanted to avoid in taking  this approach was  a melancholy interpretation of Hegel’s quote, and in turn,   the  photos in Mallee Routes project.   On this interpretation  photographing the Mallee is a form of  nostalgic mourning for a 20th century  form of life that is passing away, a late photography  is a way  of preserving  the traces of a life that has passed, whilst  finding it difficult to accept what has been  lost.  Hence there is a  mourning for what is being lost.

There is a history to the mourning  interpretation of a late photography  that goes back to  Eugene Atget’s photographs of old Paris: the old sections of  Paris  that survived  the process of being demolished by  Baron Haussmann during the reign of Napoleon III in the 1850s.  This rebuilding program widened streets into boulevards and leveled entire sections of the city.  These  Paris photographs by  Atget (and Charles  Marville)  are seen as a form of freezing, capturing and  embalming a pre-Haussmannized Paris.   These images are held to evoke melancholy based on an inability to mourn or accept the  destruction of  the old that was undertaken  by Haussmann to make way for the new.

This melancholy interpretation was rejected through unpacking Hegel’s quote. Briefly,  understanding  the grey in grey of a shape of life grown old for Hegel  contained the idea of something living on—a persistence of potentiality. The suggestion is that we live in a time of uncertainty and confusion, of presence and absence; and that the end of an epoch is also a new, strange beginning. On this interpretation  philosophy  (and photography) looks to what has been before, and it seeks to make sense of that era that is coming to a close. It makes sense of it,  given what what we find today. We look backwards to better understand our present position, but without any certainty about what may lie ahead.

Whilst reworking  the speech  I realised  that  a lot of photographic commentary frequently asserts the photography’s (as a medium)  uncanny relation to death. Andre Bazin, for instance,  described photography as form of embalming life in his influential essay, ‘The Ontology of the Photographic Image’.  More recently <a href=”https://en.wikipedia next page.org/wiki/Susan_Sontag”>Susan Sontag  in  her On Photography   asserted that  photographs  ‘are memento mori that enable participation in another’s mortality’.  John Berger in Selected Essays says that  ‘photography, because it stops the flow of life, is always flirting with death.’

I also  became aware that there is an  established tradition  of critical  writing  about photography, which holds that  the photographic medium is underwritten by death:  in both the production and consumption of images across the contexts of art, science, commerce and personal photography, and in analysis of the histories and ontology of the photograph. However, photographing the Mallee is not about death of a form of life per se. In photographing the Mallee,  photography is a making present now what was absent  in the past–eg.,  the  environmental consequences of economic progress that took the form of the extensive clearing the Mallee for agriculture.

Whilst finishing  this post I came across the idea of melancholy as an aesthetic emotion. This  was expressed  in the Romantic  tradition in art and literature, most commonly in  the form of  a solitary persons set amongst the grandeur of nature. In this tradition  melancholy is associated with a calm  contemplation either mixed with anxiety-whether from fear (the sublime) or from loss or longing (melancholy). This tradition suggests that mourning transforms itself into melancholy, when the desperation of a loss has calmed down and is mixed with pleasurable memories.

Melancholy, in the sense of being an aesthetic category,   suggests  that we have been able to take some distance from our previous experiences of sorrow and sadness,  and that we have given them a place in our own history. As such it would be a common response  by people living in the Mallee to the depopulation of the region, the loss of work,  and the decline of community.