The post’s title new beginnings refers to me starting   to scope work for  the 2018 section of the Mallee Routes project whilst I was  at Swan Hill for the exhibition at the Swan Hill Regional Art Gallery.    This is new work for the  upcoming group exhibition at the Murray Bridge Regional Gallery in early 2019. I want to present new work that has been made during 2018, rather than old work  made in 2017. 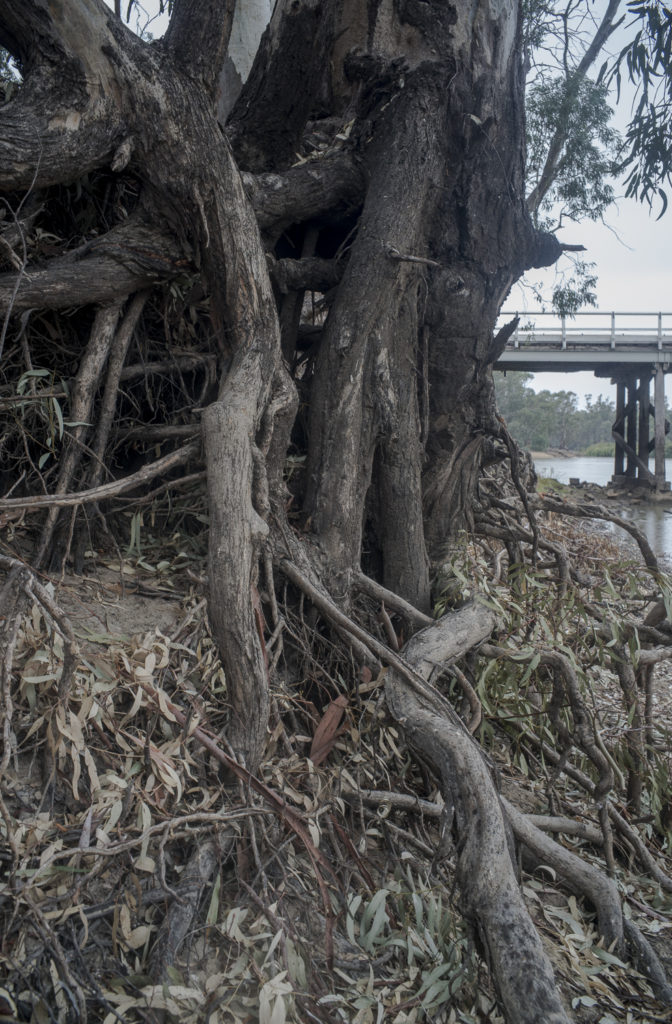 It is a tentative start–exposed tree routes and low water levels along the Little Murray, which is an anabranch of the Murray River, and forms one side of Pental Island.  But it is a topical subject,  given both  the history of over extraction in the Murray-Darling Basin’s  rivers,  and the Murray-Darling basin plan, which was introduced in 2012 to return water towards the environment ($13bn in funding to recover water diverted to irrigation so as to  restore environmental  flows)  is failing to restore the Murray-Darling rivers’ health. There are not enough environmental flows in these rivers.

There is mismanagement and enormous volumes of water are taken from the basin’s  river into on-farm storages illegally and through fraud especially in the cotton growing areas along the Barwin-Darling  in NSW.   As a  result the Darling often ceases to flow and the times that it stops flowing is becoming more frequent and prolonged.  The Sunraysia region around Mildura is booming thanks to demand from China for table and wine grapes, citrus, almonds and dried fruit. However, the huge expansion of irrigated crops is threatening to overtake the water available in the Murray River. 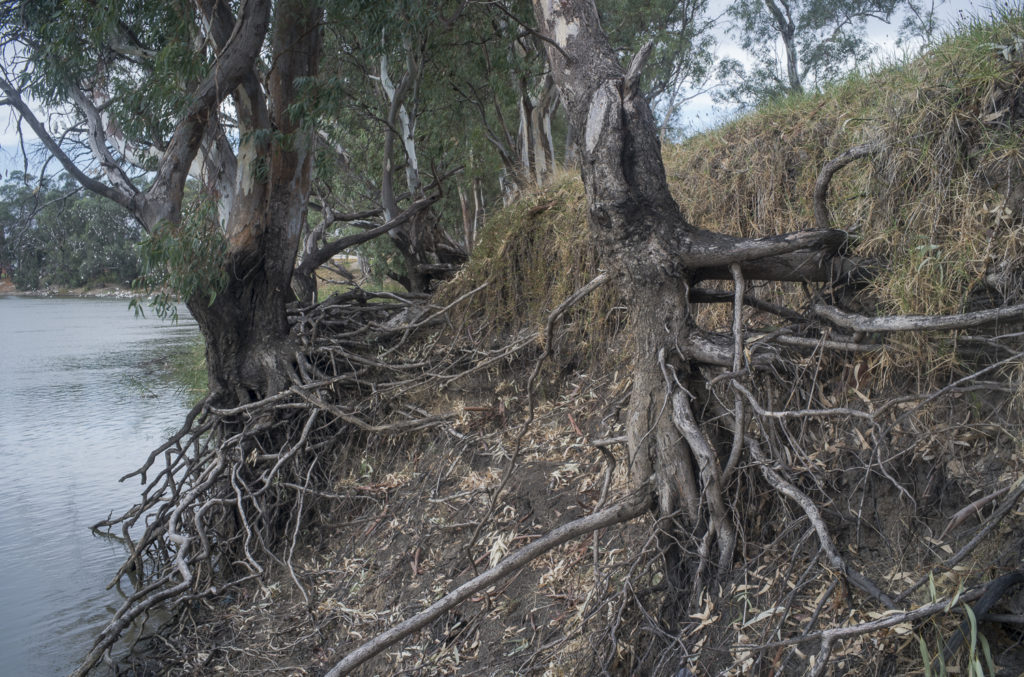 So irrigation and environmental flows is a hot topic in the northern part of the Victorian Mallee and one that I would to address photographically for the Murray Bridge exhibition. I need to return to Swan Hill to give a history workshop at the Regional Gallery and to pick up the prints from the exhibition. So I have two opportunities to do some large format photos along this anabranch of the  Murray River.