Torrita  is almost a ghost town: all the houses and shops, bar one house, stand empty. The tennis court was in ruins as well. They have lost their functionality and meaning in the present.     It  is no longer a place that could be called home. These kind of traces of the past  signify that an era in Australia’s agriculture modernity has come to a close as well as giving us a sense of historical rupture. These kind of crumbing fragments of architectural ruin expose ourselves to the shock of experience, rather than evoking the heritage industry’s  nostalgia for the past. These kind of ruins in the Mallee are not going to be preserved  or  restored;  or torn down and recycled, to be replaced with something newer and more contemporary.  They are  detritus.   So is Torrita. 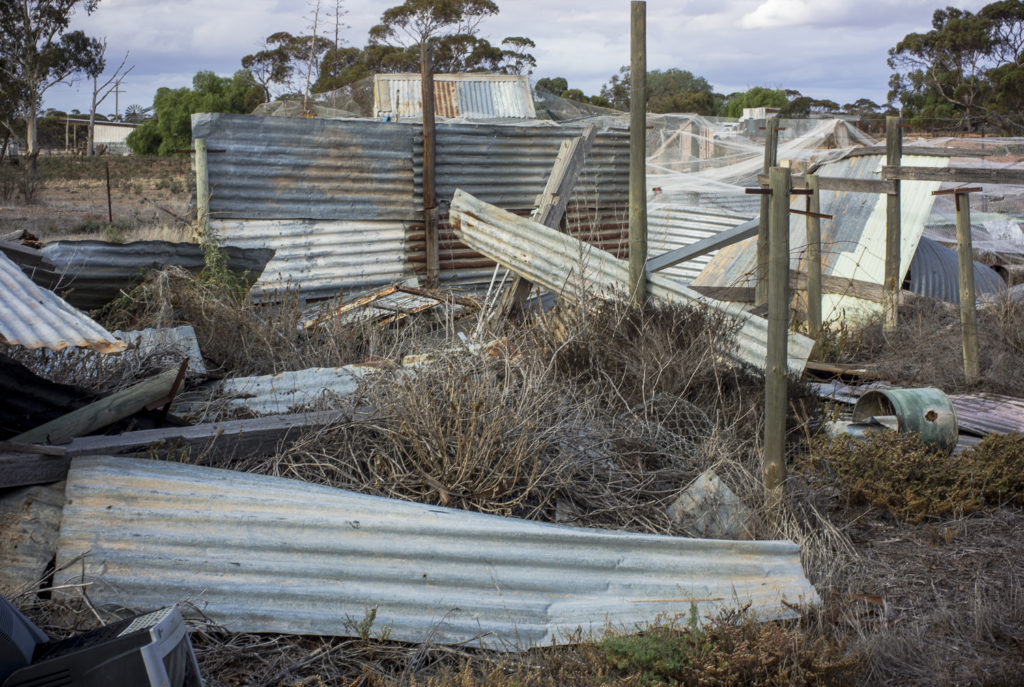 Yet these ruins are reminders.  They make us think of the past—the Mallee as a land of promise in the beginning of the 20th century after  the failure of pastoralism in  the 19th century; then the bust in the 1980s with the collapse of sheep, wool and wheat prices.   The  decaying and empty houses in the dying small  towns, which  is one of the most obvious features of the Mallee in South Australia and Victoria, remind us  that the agricultural boom of the 1950s/1960s was over.   A  consequence is  the de-population of the inland countryside that started in the late 20th century around the 1980s with the downturn in the rural economy and the withdrawal of government services.

The ongoing de-population is caused by the restructuring of farm production,   due to the concentration of small farms into  to larger and fewer agricultural properties, an ageing population and  young people moving to the larger regional centres or to the capital cities  to acquire an  education and  find employment.

This is  a modern agricultural landscape  that is heavily marked by devastation  as well as progress.

Even though small towns are the heart of regional Australia and people in small towns are creating a diverse set of futures for their communities,   people have left the small towns  like Torrita because  the lack of sustainable economic potential  has meant that there was no vibrant future with a better quality of life for them. There was no chance  for being innovative, proactive and ambitious in meeting  that economic future. As economists would say the  economic fundamentals are not strong. 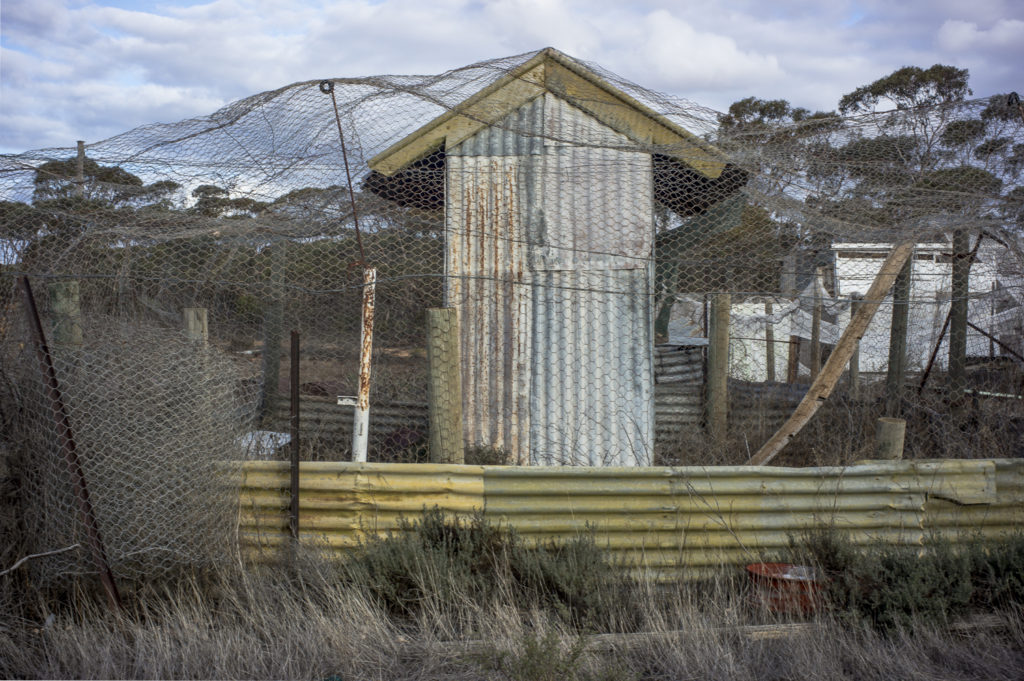 Despite the residence shown by people in The Mallee  the future they face in a scarred, sun bleached  landscape is a difficult one: — preparing for, and adapting to the effects of long term climate change—eg., reduced rainfall, limited water,  hotter temperatures and fragile  natural resources. This  looks to be a future of increased instability without the utopian aspirations of the past,  or the  nostalgic longing for the golden era of the prosperous  past. It is hard to see  the emergence of a new sense of community in the Mallee.

These  images are snapshots: but close,  detailed description is the normal way to represent these visible remnants of the past, just as photography seems to be the main medium for representing ruins.  Yet the reticence of  the image  demands more description and stories. Do  these ruins  of the tradition of agricultural modernity naturalize the memory  of  a settler economy as a necessary step  in the forward march of history? How do we imagine the  present of a past that can now  only be grasped in its decay?  Can we still  see these ruined buildings as embodying a deep communal authenticity of a glorified past?

I  was  photographing the ruins as a kind of micrology–interpreting these ruins of modernity as  history being overwhelmed by nature. This was a ‘writing of the ruins’  of a haunted settler landscape; a cultural  landscape haunted by what lay outside it. The other of a settler landscape–what it excluded— are the dispossessed aboriginal people who  originally inhabited this landscape   prior to European settlement.