I leave for another road trip to Balranald  early Tuesday (11th September)  morning. I need to build up some large format images for the forthcoming collaborative Mallee Routes exhibition at the Murray Bridge Regional Gallery  early  in 2019. I just don’t have enough work  for this last collaborative exhibition,   and  I need to make the pictures before it becomes too hot to photograph in the northern Mallee. I plan to  camp at Balranald,    as I did in early August,  so that I can easily access and  concentrate on photographing in and around the Yanga Woolshed as well as along the banks of the Murrumbidgee River in Balranald itself.

I scoped the woolshed   whilst I was on  the August  road trip, and after looking at the converted digital  images on the computer, I  plan to do  more large format black and white photography: 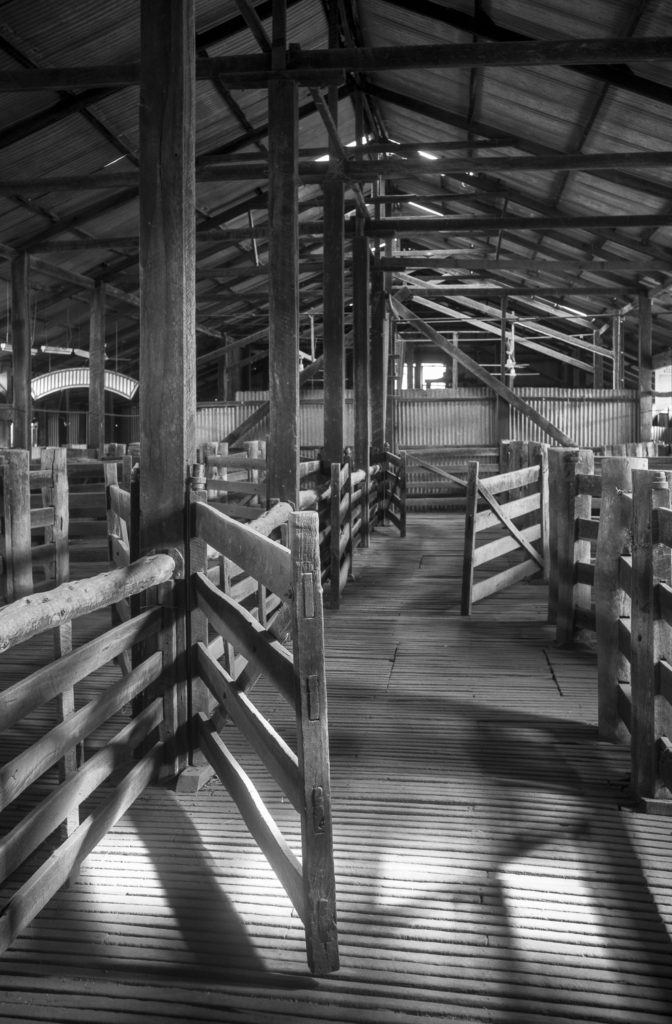 I am interested in the Yanga Woolshed because it is the only historical example of  pastoralism in the Mallee that I have come across up to now— I have yet to visit the ruins at Box Flat and Bucks Camp in the Ngarkat National Park in South Australia.  A four wheel drive may be necessary to explore that park, given the sandy tracks,  and as I don’t have this vehicle, I may never get there.

The  Yanga Woolshed   allows me to  reach  back into the past beyond the current  Mallee country,    which is primarily about, corporate farming,  agriculture and wheat. It thereby offers a different  historically perspective on the Mallee than the empty buildings and  ruins in the de-populated  small country towns along  the Mallee’s major highways.

Some of the buildings at the Yanga Woolshed  also suit being photographed in black and white: 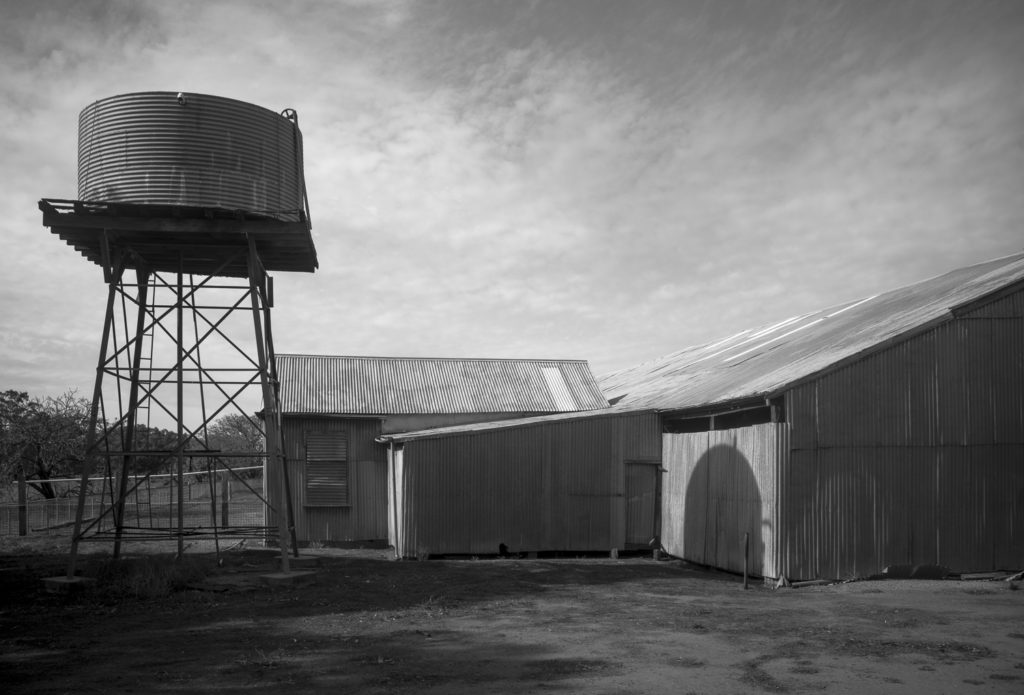 The interiors of the tin sheds turned out better than I’d expected when the digital file is converted to black and white.  An example: 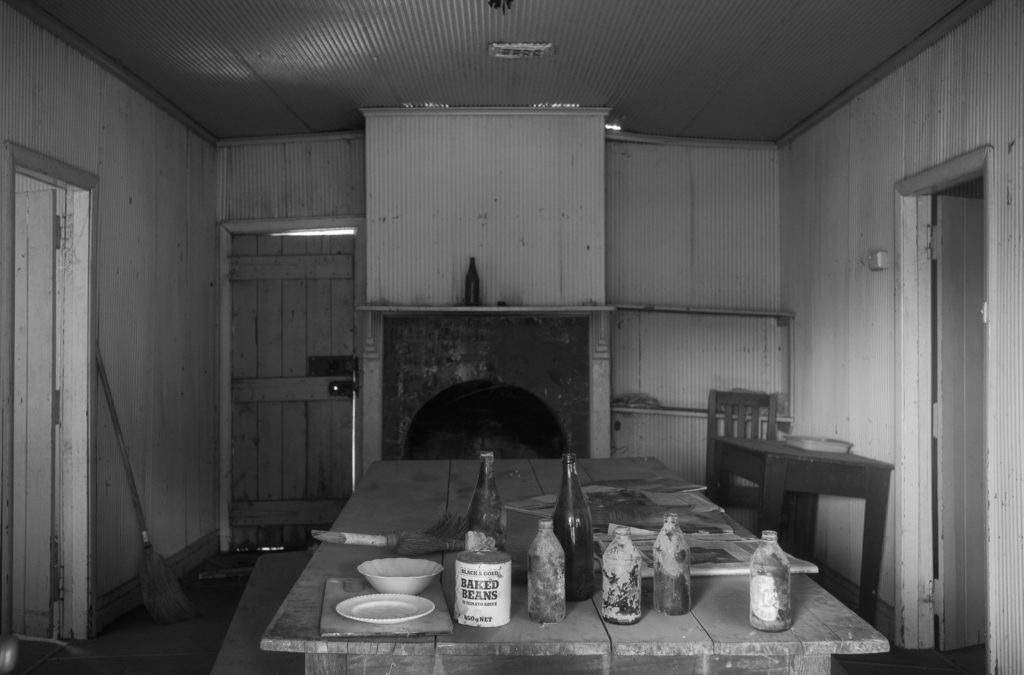 This  particular roadtrip/camp  is a different to previous ones in that I will not need to  spend most of my time travelling around the back roads  for most of the day looking for suitable images to re- photograph in the early morning or  the late afternoon. I have  basically found the images  to re-photograph   from the previous photocamp, and  so I can spend my time  on this roadtrip concentrating on photographing them:

I have also given myself enough time to  re photograph  the exposed tree roots of the river gums along the banks of the Murrumbidgee–more or less picking up from where I had  left off on  the  August  photocamp with Gilbert Roe.   I basically ran out of time on this camp to re-photograph some of the exposed tree roots that I discovered when I was on a nature walk along the banks of Murrumbidgee near the swing bridge in the Balranald township.