Can trauma be connected to a topographic approach to  photographing the Mallee?

I have been mulling over this whilst  I put the  Mallee Routes  project aside for a month or so,  so that  I could  work on the Adelaide Photography 1970-2000 book, which is  to be produced by   Adam Dutkiewicz and myself for Moon Arrow Press in 2018.  The Adelaide Photography project  has been kickstarted, as it were, and the break has been beneficial. 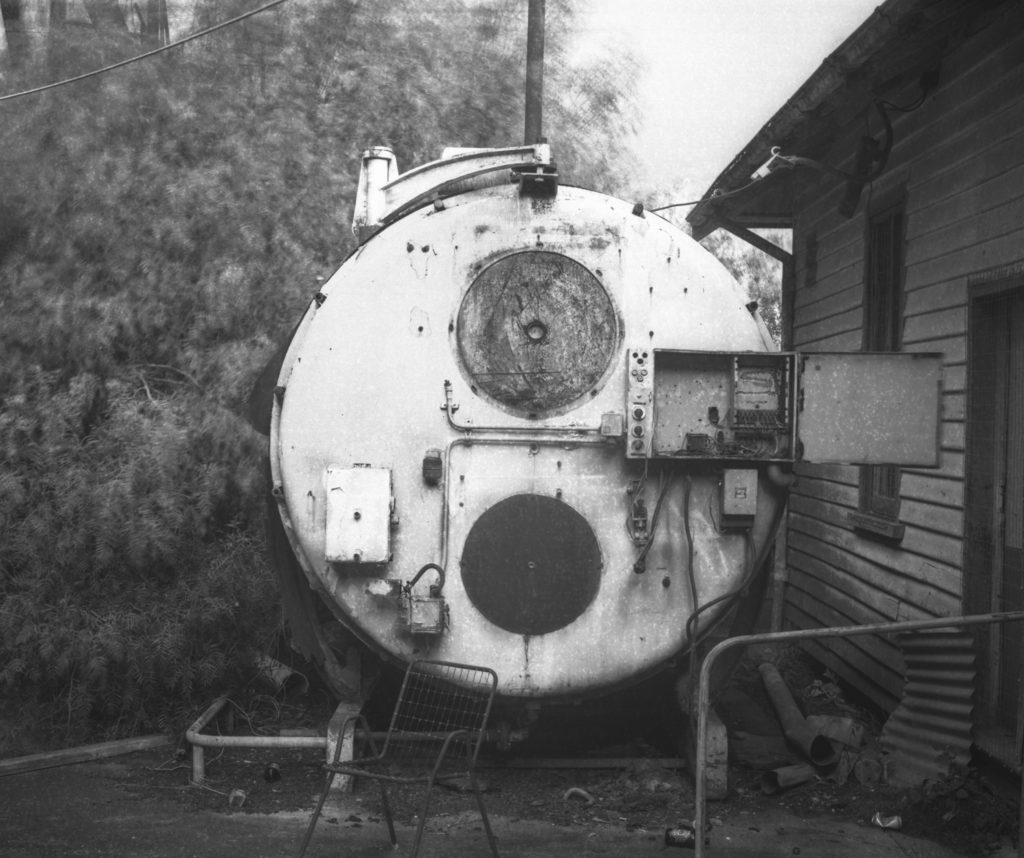 The reason I  started to think in terms the topographical approach to my photography  on the Mallee  Routes project is that the topographical approach is roughly seen in the art institution as being  observing the word in a sort of detached way,  so as  to show you something that was always there but that you didn’t see before. This approach is also held  to  characterise what the art market has called the  Düsseldorf School of Photography, even though this photographers are diverse and conceptually orientated.

The step I had made during the break is to link a topographical photography as a mapping of place to trauma because  trauma  is a core characteristic of the dying town syndrome in  the South Australia and Victorian Mallee region in the late 20th century.  Traumatic experience is defined by Freud as having such an overwhelming or ungraspable character that it slips past the defences, or protective shield constructed by  consciousness,  to form a reserve of unconscious memory traces, psychical scars that can only be retrieved retrospectively and involuntarily.

The problem  is how to make photos that bear traces of loss and trauma. Old machinery in disused factories? Empty shop fronts? Ruined houses?