One innovative  representation of the Victorian Mallee that I came across whilst on the Hopetown phototrip  in 2016  was the murals that were being  painted on the silos throughout  the Victorian  north-west Mallee. One  notable example was the mural on GrainCorp’s disused silo at Brim,  which  had been  painted by the Brisbane street artist Guido van Helten  in collaboration with the local community.

This site  has become a tourist icon in the Wimmera,  judging by the number of  people I saw who were  stopping, photographing and talking about it: 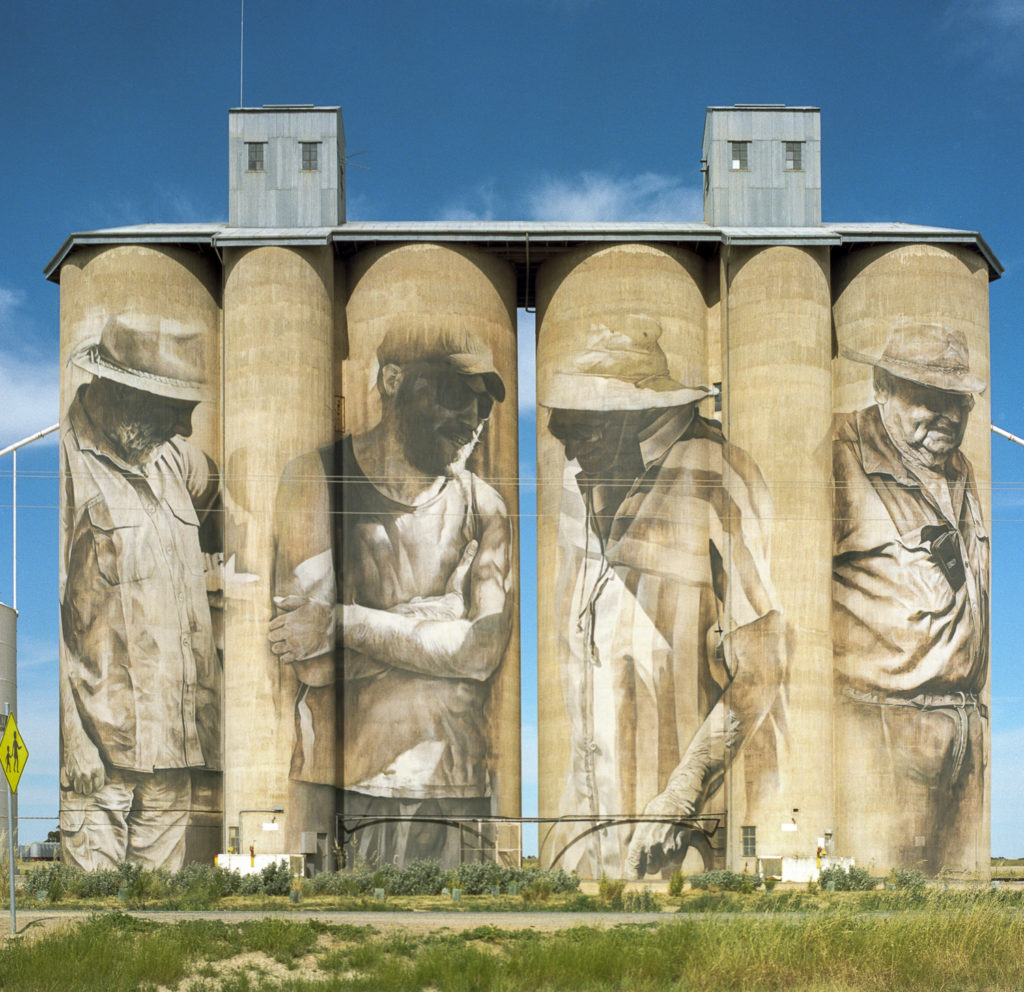 The individuals in the mural  are unknown as the mural is about  place,  community and the whole Wimmera region which has been struggling through drought. It suggests that it  is still a tough life  to keep  the farm going.  The work represents  the struggles pf the people in the Mallee in coming to terms with their place  at a time of immense economic pressure and climate change.

A number of silos are set to be painted in other towns dotted around the region as a response to the drought by the Yarriambiack Shire Council in partnership with Melbourne street art company Juddy Roller and creative director Shaun Hossack.

The nominated towns for the silo art trail are Patchewollock, Lascelles, Rosebery to the north of Brim, and  Sheep Hills and Rupanyup  to the south. The  silo in Patchewollock by  street artist Fintan Magee  depicts local, Nick ‘‘Noodle’’ Holland, a local sheep and grain farmer has lived in Patchewollock his entire life: 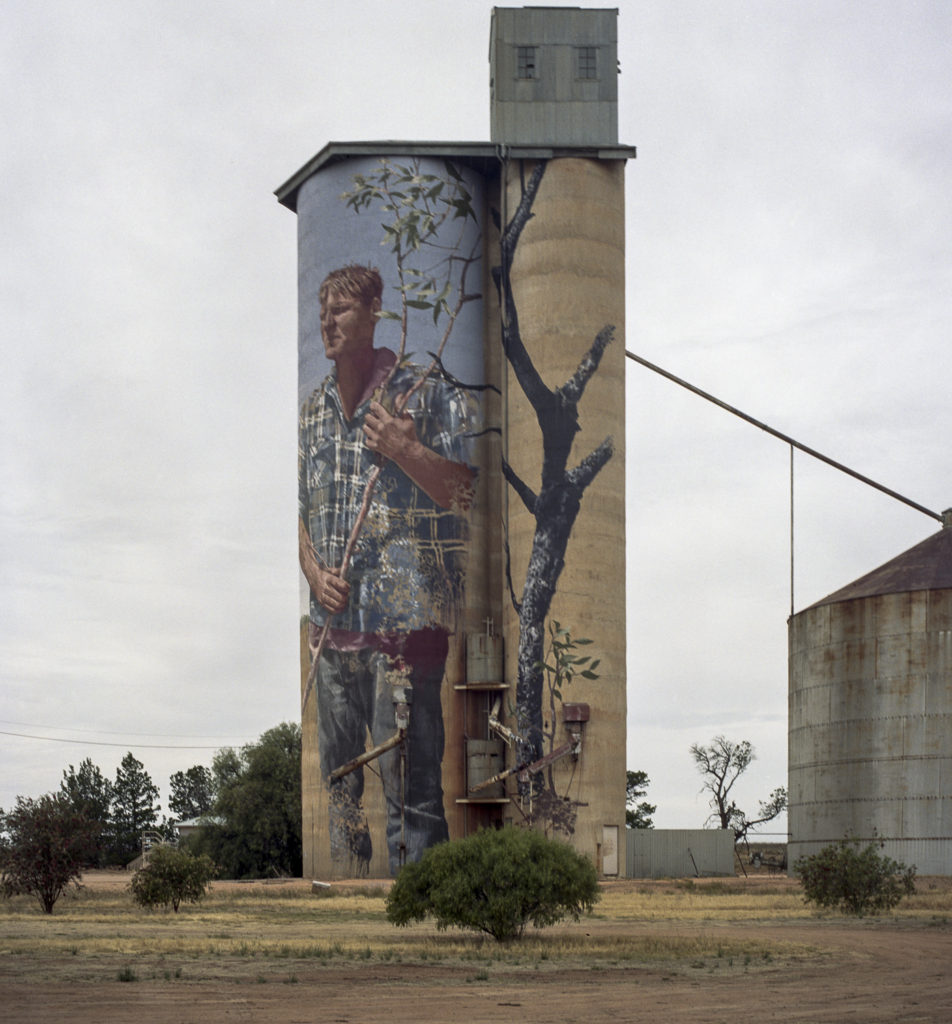 The Andrews Labor Government will provide $200,000 towards the silo mural project through  its  Creative State strategy, which according to the 2015 Taskforce Report,  is designed to build the state’s film, television, digital games, design, fashion and arts sectors. Creative Victoria  realises the potential of Victoria’s creative industries, and it  aims to strengthen the creative sector and put the creative industries at the forefront of the state’s future growth, prosperity and liveability.

This emphasis on culture’ as a key aspect of  public policy-making,  stands in marked contrast to the Australian Government  innovation program in which culture and the cultural industries are nowhere to be seen.  The Australian Government has no time for  decentralising the creative and cultural economy into regional areas;  or for  nurturing creative excellence  through a strong educational base, access to training, mentors and skills development, because it recognises that creativity is as important as science, maths, technology and engineering.