Early in 2016 I made a road trip to the Wimmera Mallee in Victoria. I was intrigued by this montage of  old petrol and oil signs around Horsham  that signified an earlier of motoring–some are prior to 1945.  Veedol, for instance,  was the motor oil chosen by Henry Ford to be the used in the Model “T” which was the world’s first mass-produced car. Veedol motor oil signs now sell on ebay as collector’s items.

The photograph  provides a scene as opposed to a narrative, a scene that is always from the past and that has to be read like a tableau or a panorama, with the gaze moving across the plane of view in different directions, back and forward. 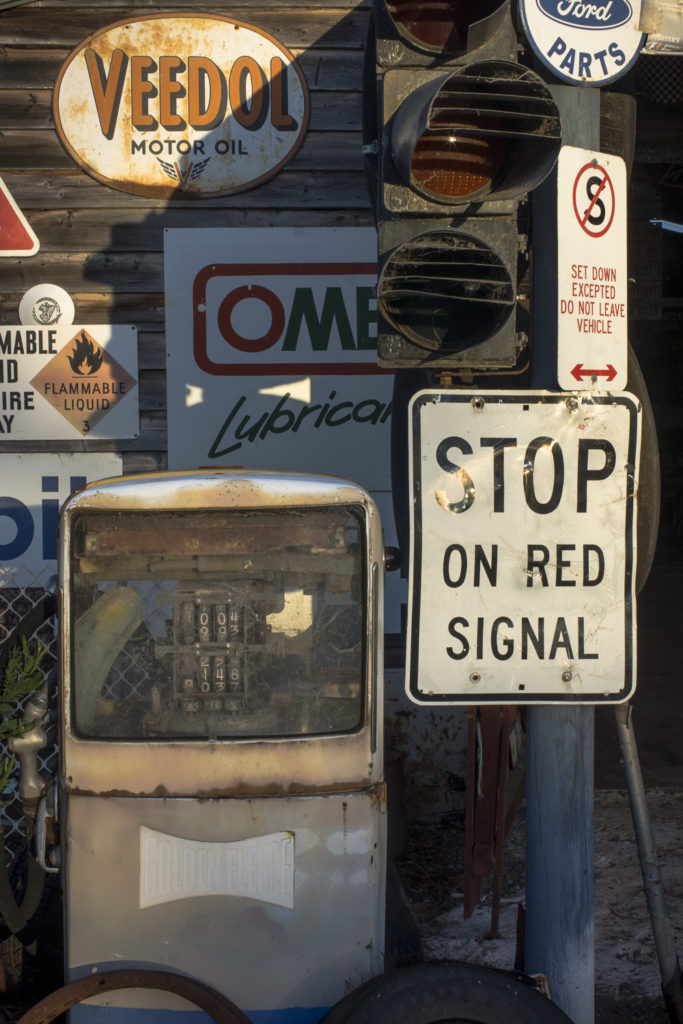 It’s another era of motoring; the early one in which the car replaced the horse and buggy as a mode of transport.   These are signs of  industrial modernity  in Australia.

We are looking back on  our history with these signs. The photographs  attend to the surface of the world, reproducing minute, which can only be understood in relation to history–of a world gone by. The photos allow  us to glimpse what has been, thereby enabling us to reflect on the past and to open up new ways of seeing past events. 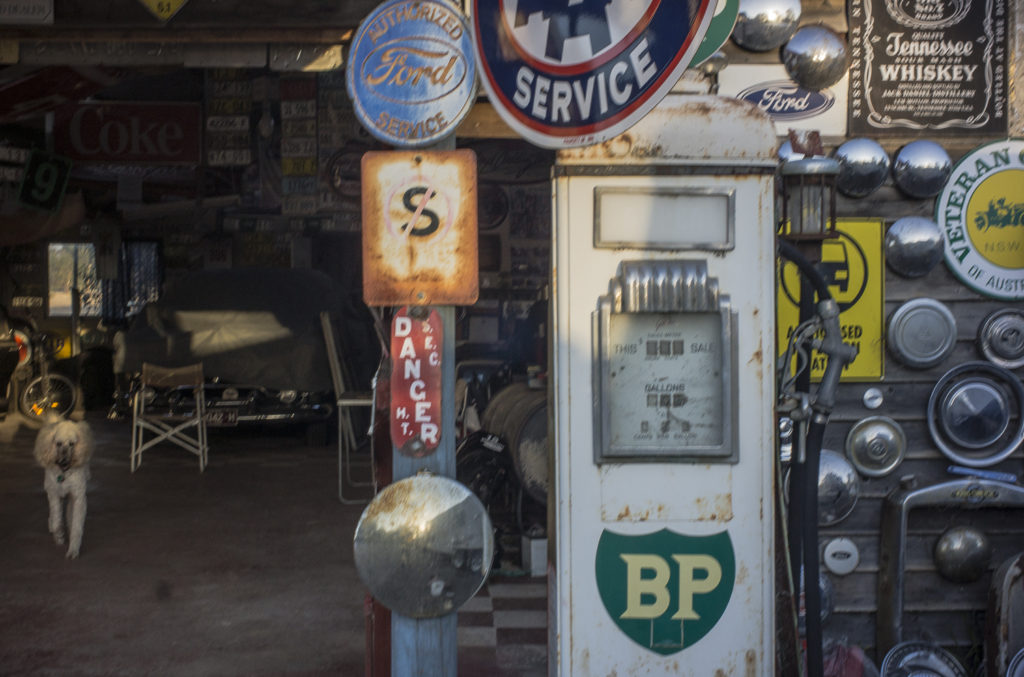 Most of the Wimmera  Mallee consists of sand dunes that have been deposited as a result of movement of sand from the interior of Australia during arid glacial periods of the Quaternary. The soils are generally very infertile and sandy,  and the porous sandy soils mean that any excess in an exceptionally wet year will recharge groundwater supplies which tend to be highly saline.The future(2030)  temperature and rainfall estimates  relative to 1980-99 conditions is that:

The Wimmera Mallee becomes hotter and drier than it is now.