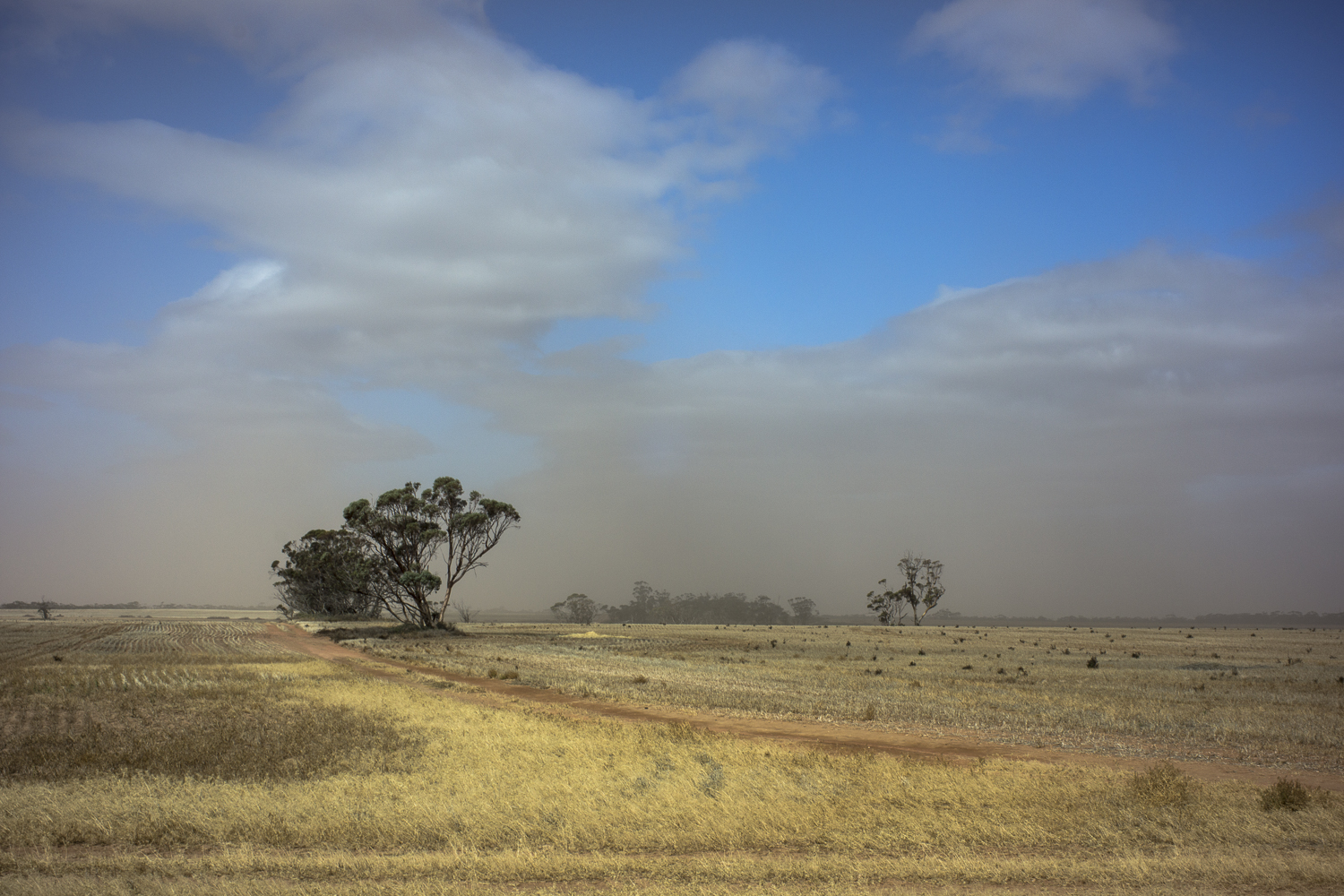 The Photographing the Mallee project has two stages.

The first stage, known as Mallee Routes,  began in early 2017. It was a collaborative  3 year project between  2017-2020 by three photographers–Eric Algra, Gilbert Roe and Gary Sauer-Thompson. They  came together to photograph  the Murray Mallee,  Wimmera Mallee and the NSW Mallee. Eric Algra came up with the  title of Mallee Routes. Gary Sauer-Thompson and administered and hosted the website He also wrote the blog.

The second stage of the Photographing the Mallee project, Eye on the Mallee, is a solo project by Gary Sauer-Thompson. This started in 2020 and it explores three interrelated themes: absent history, space/place and unknown futures.

The photography of both stages of Photographing the Mallee is rooted in the realist and topographical tradition. In travelling the highways of modernity, the photographers pull up and look to the side, gaze at the ordinariness of space, and draw attention to the neglected, the detritus and the idea of the unseen.